As children reject their birth gender at younger ages, schools districts large and small, conservative and liberal, are working to help transgender students fit in without a fuss. 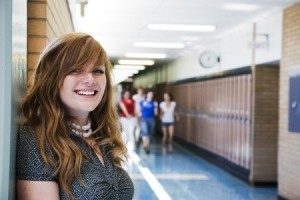 Statistics show that young, transgender children and teenagers face more discrimination than LGB’s. The victimization of these students results in missed school, lower grades, and poor self-esteem. And, they are often the victims of bullying.

A study in 2009 by Harsh Realities: The Experiences of Transgender Youth in Our Nation’s Schools reported an “urgent need for educators, policymakers and all who care about safe schools to address the disproportionate victimization of transgender students in school and to improve the knowledge and understanding of all members of the school community about issues related to gender and gender expression. This report also highlights the continued need for focused research so that all of us committed to creating safer schools for all students can more clearly understand the realities for specific student populations. Such understanding is critical as we work toward the development and implementation of effective policies, programs and resources.”

In 2014, California became the first state to implement a law spelling out the rights of a transgender student in public schools, including the ability to use restrooms and to play on sports teams that match their expressed genders. This is a great step forward. It is important that these type of policy changes continue to keep all youth safe in our schools.

“People who have gender dysphoria feel strongly that they are not the gender they physically appear to be.

For example, a person who has a penis and all other physical traits of a male might feel instead that he is actually a female. That person would have an intense desire to have a female body and to be accepted by others as a female. Or, someone with the physical characteristics of a female would feel her true identity is male.

Feeling that your body does not reflect your true gender can cause severe distress, anxiety, and depression. “Dysphoria” is a feeling of dissatisfaction, anxiety, and restlessness. With gender dysphoria, the discomfort with your male or female body can be so intense that it can interfere with the way you function in normal life, for instance at school or work or during social activities.” (WEDMD, 2015)

Gender dysphoria is another term for Gender Identity Disorder. Whether-or-not young children who express transgender issues can really be believed is a hotly debated issue right now. Is this ever just a phase? How do you respond when your toddler daughter’s first sentence is that she’s a boy and she says it over-and-over, day-after-day? What do you do when your three-year-old son insists on wearing nail polish like mommy, and a dress to pre-school?

How young is too young to know? In March 2015, a Medscape study looked at the usual patterns for development of gender identity. According to the study, “Several studies by Milton Diamond of the University of Hawaii indicate that gender development reaches a critical point during childhood, after which it becomes extremely difficult to modify in most individuals. While there may be a number of children who do not clearly fit into a neat binary model of gender in which the polar extremes of behavior are reserved for those with clear sex and gender congruence, it is increasingly clear that gender identity is at the very least an intrinsic characteristic that emerges during early development.”

For parents, dealing with a child’s gender identity issues can be overwhelming. It also brings on a flood of questions. What causes it? What treatment will help? What should parents do or not do?

The first thing is not to panic. Love your child. Talk with your child’s pediatrician and seek out a child psychiatrist, if necessary. Many very young children express gender dysphoria and turn out not to be transgender when older. Thus, it is considered risky to support any permanent changes (name, gender reassignment surgery,etc.) until a child is older.  Also, with gender identity there are usually underlying conditions, known as co-morbidities, which need to be addressed. These co-morbidities include such things as depression, anxiety and suicidal tendencies. Remember, that supportive parenting practices are key to strengthening a child’s self-esteem. Listen, learn and keep the communication open. Those are the first steps!

Children and teenagers are grappling with a very grown-up issue that suddenly has everyone talking because of the Bruce Jenner interview last month. What is it? Gender Identity! It is when a person’s gender identity does not correspond to that person’s biological sex assigned at birth. It is when the body says one thing and the mind clearly says another.

CBS News did a story in 2014 that I recommend you watch. Born this way: Stories of young transgender children looks at what it is like to be young and transgender in America. It begins interviewing 12 year-old Zoey, who says she always knew she was a girl even though she was born a boy. She told interviewer Rita Braver, “I would be like, ‘No, I’m not a boy. I’m a girl. You know, like, I like the color pink, I scream like a girl. I act like a girl. I breathe like a girl. I’m not a boy.””

Zoey’s mom tells about her fear after Zoey told her she was a girl, and how she finally accepted Zoey’s decision to live as an openly-transgender girl. But, make no mistake it wasn’t easy. Although, Zoey tells Braver she was supported by many friends and family, she still endured cruel treatment.

Thirteen year-old Venice, tells Braver how he is taking testosterone because he was born a girl but always felt like a boy. His mom and brother were supportive from the start, but his father struggled with Venice’s decision. His father actually went so far as to hire a therapist to convince Venice to remain a girl. Both parents, even though they were separated, joined a support group for parents of transgender children.

For the parents of six year-old Mati, it started when she was two. Mati, born a boy, wanted to be a girl. Her parents decided that her happiness was most important and so they supported her transition. Many people have criticized their choice. They tell Braver why they feel it was right.

All of these children and their families should be applauded for doing the interview with CBS and Braver. It is their voice that will help others. Click here to watch the interview.

For Email Newsletters you can trust